Take this Job and Love It 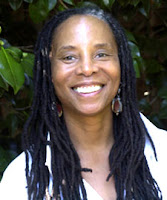 The blood snaked toward my left eyebrow. Not wanting to get sent home, I walked calmly to the employee lunchroom. There, I twisted an ice cube from a tray in the fridge, placed it over the gash on my forehead and pulled down my black, woolen ski cap. Reaching for a mailing label that had slipped to the floor, I’d smashed my head on the warehouse conveyor belt, but now the damage was concealed. Back at my work station, I blissfully continued to pack boxes.

Along with the praise of my subject, the shiny dent on my forehead remains the most rewarding gift of my journey with Alice Walker: A Life (2004). Injured after I’d missed the contracted deadline for my book (four years late!), the scar holds special meaning because the warehouse packing job that gave rise to the blemish proved to be my salvation. Although my advance had dwindled, money was not the reason I secured a packing job during a past holiday season. Trained as a reporter who was loathe to miss a deadline, I determined my writing block was best vanquished by adding manual labor to the daily walking regimen that has been the cornerstone of my creative life.

I also needed to counter the cocoon of solitude and silence that is vital for authors but that can also lead to isolation and yes, I’ll say it, insanity. On that note, I also utilized the services of a suicide crisis line, a 1-800 prayer line and, a peer counselor, as I struggled to complete my book. It was not lost on me why legions of writers succumb to alcohol and other mind-altering substances to soothe the stress, strain, self-doubt and paranoia of our profession.

Initially dubious of my 16-hour per week warehouse stint ("it will only take you away from the biography"), my partner soon came to appreciate the healing effects of the job. To be sure, I awoke exhilarated on work days, eager to pack my lunch (carrot sticks, sardine sandwich, apple) and don the mismatched fleece and corduroy ensemble that diminished the chill in the drafty warehouse. Pushing my metal cart through a maze of inventory, I gathered jogging bras, exercise tights, and other women's sporting apparel that I later packed and loaded on the conveyor belt for dispatch around the world.

Conversation during my half-hour lunch break centered on recipes for the delectable homemade tamales, lumpia and samosas that my co-workers, pitying of my damp sardine sandwich, generously shared with me. Deadlines? Those were the dates by which a rising mountain of packages had to be shipped to guarantee delivery by December 25.

After work, I'd prepare dinner, draw a hot bath and descend into near surgical sleep. Mentally refreshed, I was soon able to craft and polish the needed ending for my book. Having clocked six weeks on the job, I gave notice shortly after our warehouse holiday party. In loving affirmation of my labor (on both fronts), my partner gifted me with a Homer Simpson lunch box.

In relinquishing my packing job, I was also mindful of the multitudes who toil in low-wage positions as a means of survival. Their employment options limited by lack of education, language barriers and inadequate training, such workers deserve increased opportunities to improve their lives.

Later, during a chat with Alice Walker, I shared insights I'd gained about creativity and commitment while packing boxes. Author of The Color Purple and other works that have brought her wealth and fame, Walker took my hand and declared: “Honey, I know exactly what you mean. Let me know if there are any other openings at the warehouse.”
Posted by Kore Press at 7:55 AM

Memories of my first days at a cash register! As I waited for the credit card to go through, I would bend down to get a bag to put the merchandise in. If I didn't do it in time, BANG! the cash drawer would open and wack my head!

Ice packs do it and I still have one in the refrigerator, but somehow I think the register was telling me something!