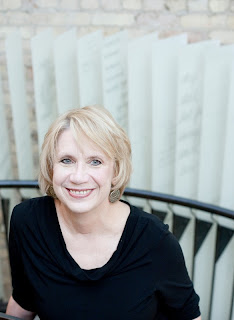 A few years back, a reviewer introduced my first book of poetry with a caveat that landed like a sucker punch. She’s not in the under forty crowd, but he began. I imagined a haunting chorus of alternative dependent clauses. Some days, I heard but she’s amazingly hip and relevant. On cloudier days, I heard yet she’s still tuned in to some of what matters. And on my feeling marginalized days, I heard if you are curious about the alien world of the older woman, dig in.

It’s an alien world for me, as well. I am without role models for aging. Both of my grandmothers were smacked down before they were fifty and before I was born. Both were farm wives who raised their children during the Depression. While they may have sensed that something meaningful was eluding them, I’ll never know if that thing had a name. I very much doubt that it occurred to either of them that what was missing was their Voice. They were spared the urgent messages of the self-actualization movement that sang to my generation. They were spared aging.

My paternal grandmother, Jessie, died unexpectedly at forty-five during surgery. She had no opportunity to fear being invisible or irrelevant or to wonder whether she had fully explored her potential. My maternal grandmother, Inez, died at forty-nine after a long illness. Bedridden and emaciated, unlike Jessie, she knew that she had been short-changed. Melpomene was the only muse whispering in her ear.

I never had a sweet, silver-haired grandmother who taught me to knit or a wild, biker Gram who broke all the rules: I had no one to set that generational example. My mother’s last four decades gave me my first and most intimate exposure to how a woman ages. She lived for eighty-six years and for almost half of that long existence, she was bitter, envious, sad and disappointed.

She had opted for a small life, while longing for a large and vivid one. She became a wife once and a mother twice, and treated those relationships as occupational compromises in a weak job market --options that left her chronically underemployed and frustrated. None of her dreams could be realized by her alone: all were dependent on the effort and accomplishments of her husband and daughters. And to the extent that each of us failed to make them come true, her bitterness increased. It became huge.

In March, Robin Black wrote about the life-affirming phenomenon of the late bloomer who finds her voice, a possible antidote for the aging woman’s fear of invisibility. Even more than invisibility, I am afraid of the kind of unrelenting regret and bitterness my mother cultivated.

And so at some point in my thirties, I promised myself that I would live differently, that I would find ways to adapt to aging, with its many narcissistic wounds and personal losses, and remain open to possibilities. I would search for developmental muses, role models who lived their lives fully, who managed to do meaningful work for as long as possible, whose focus on mastery of their craft rather than on recognition provided balance, whose ties to family and friends sustained and tethered them to this world. I would battle regret and nurture a built-in immunity to the bitterness and despair that had gripped my mother in her fifties, sixties, seventies and eighties.

That was the plan. But as time passed, my sense of possibility eroded a bit, tempered by circumstance. The world is not indifferent to age, and some paths seem to be more age-friendly than others. I wanted to believe that no matter how my path meandered, no matter how much time passed, there would always be room for another writer. After all, there was Amy Clampitt.

Amy Clampitt, who published her first book of poetry at sixty-three, who I’d seen at the University of Wisconsin-Milwaukee the month I filed for divorce, who was there, reading from The Kingfisher, and holding out the possibility of never-too-late artistic accomplishment, just as I was taking a sudden detour from its pursuit.

Amy, whose focus on the external world transcended the ephemeral goals of the flesh, whose musical, Marianne Moore-ish diction was valued above her attractiveness, whose safe, sexless poems about reed beds, beach glass, meadowlarks and thrushes could hold their own against the flash of young sensualists and surrealists. She was proof that a woman’s voice could be embraced even in her sixties; that the literary world, unlike so many others, might choose to ignore age.

She was my age-blind muse of late debuts. For decades, I kept her narrative in a mental pocket, like a rabbit’s foot, to remind me of how I wanted to age: go about doing what you love, indifferent to the fickle prejudices and politics that can factor into how one is perceived; keep evolving, with or without applause. Applause, if it comes, is the frosting, not the cake.

And now? Above all, I want to be comfortable in the present. But I also want to live with a sense of personal and professional possibility, to believe that there is still more becoming to come. Last month, when I learned that eighty-two year-old Myrrha Stanford-Smith had received a three-book deal from Honno, a Welsh women’s press quite taken with her approach to children’s fiction, I heard a new muse whispering in my ear.

That Ms. Stanford-Smith’s literary accomplishment comes at a time when she is also teaching and directing repertory theater is more frosting on an already very tall cake. Yet she described her reaction to Honno’s offer as feeling “gobsmacked” -- the kind of speechlessness that an eighty-two year-old woman might experience when she is seen by the world as whole, vital, worthy of investment -- unsullied by time and its powers of reduction.

It’s the kind of smack that sends assumptions about age and invisibility flying. Its external source makes it newsworthy: most of us suspect that the larger world can no longer see a woman in her eighties, let alone see her potential.

But the editors at Honno could see -- see that Stanford-Smith was not in the under eighty crowd, yet capable of transporting children into an engaging imagined world, places she created when she wasn’t busy teaching or directing a play. When women publish women, it seems, the scope of our valued experiences broadens and our potential for remaining visible is extended through that sweet lens of appreciation.
Posted by Kore Press at 6:43 PM 1 comment: Links to this post