Relics of the Past 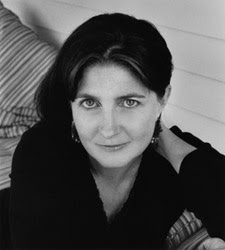 So, it’s Sunday morning and CBS Sunday Morning just did a feature on Susan Boyle. And damned if that number isn’t featured prominently: 47.

I was an unrepentant weeper when she made her debut. I watched the thing oh, I don’t know, maybe thirty times. (Maybe 47 times?) I read all the criticism, that of reality shows in general, of her voice, of the set-up, suspiciously perfect, Simon’s shocked expression a little rehearsed, perhaps? And I agreed with much of it. I pondered the feminist angles – I ponder them still. And then I clicked back over to You-Tube and I wept. Cried my blessed eyes out every damned time. Great big snuffly sobs.

A couple of weeks before Susan Boyle took the world by storm I spent a week as the Fellow at the Sirenland Conference, in Positano, Italy. The Fellowship is awarded to an emerging writer who doesn’t yet have a published book. It’s an amazing conference – stunning location, brilliant teaching and serious attendees, many of whom were women more or less my age. By then, my book had been under contract for about six months and I had received both a lot of congratulations and a good many warnings about the impact a first book might (and might not) have on my life. I’d also answered numerous questions from other early-career writers about how it had all happened, how I’d gotten an agent, all that kind of stuff. And I expected more such conversations at Sirenland, which was fine with me. I was delighted to talk about my book.

But what I experienced there was unlike any of that. The women I met, not all but many, were less interested in the the fact that I had sold my first book at the age of 46 than they were overjoyed by it. They didn’t ask me the kinds of questions I had grown accustomed to, not at first. They just beamed at me. They stopped me in hallways to talk about how much my story – a mother home with kids for nearly two decades getting her first book contract at 46 – meant to them. They spoke about hope. They expressed great surprise. More than one woman said the story made her feel like crying. One woman did cry.

I was taken aback, at moments moved close to tears, myself. And I was glad to have made them so glad. Surprised that they seemed so surprised. But mostly, I have to admit, I was upset by what I saw. Their joy, their shock, bespoke such a deficit of hope for themselves. It was clear to me that though they were writing, and working hard at it, many, many of these women shared an underlying assumption that the world wasn’t really interested in what they had to say.

“The editors who liked the book all talked about appreciating what they called the ‘maturity’ of the stories,” I began to add, when I told the story. “It was actually viewed as a positive that the author had some years behind her. That it didn’t read like a book a twenty-something could write.”

I write a lot about women in their sixties and seventies – in my fiction, I mean. I do so because I find older women fascinating – think of all the life they carry! What wealth, as characters, they bring. And think too of what a vastly complicated existence they live, how complex a discrepancy is so often forged between who they understand themselves to be, and how they are viewed by the world. If they are viewed at all, that is. If the combination of their gender and their age has not rendered them, as one friend put it, describing her progress down a street, “eerily transparent.”

It’s a terrifying thought. Not being seen. Not being heard. Truly terrifying. Yet it’s also an everyday kind of fear. For many women, invisibility is an expected, largely unexamined consequence of age. There it was in Italy, that assumption, revealed by the celebratory response to the possibility that it might not be true.

When the whole Susan Boyle story broke, there was phrase often used in its recounting. Written off. Susan Boyle had been written off. By the judges. By the two men who asked her rude questions. By the young girls in the audience who so evidently considered her a joke. How laughable of a woman who offered so little of what we are used to applauding women for to walk on that stage! How presumptuous of her to stand at its center!

Written Off. Maybe it’s because I am a writer that I find the phrase to be such a chilling one. I think of writing as a means of creation, not of disposal. Or maybe it’s just because I’m a woman who is no longer young.

Now what we all need to understand is how to eradicate that fear, how to render it irrelevant, how to write it off as a relic of the past – instead of ourselves.

Posted by Kore Press at 2:14 PM 4 comments: Links to this post