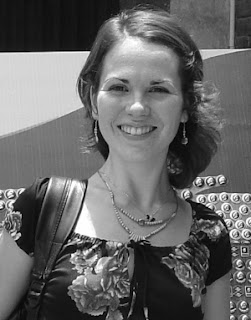 The boys down the hall had taped it to my door. The title page ripped from the cover of my new ‘zine Galatea’s Pants. Scrawled underneath the title in all capitals: SUCKS!!

It was my second semester of college. I had just completed the seventh issue of my ‘zine, a creative project I had started two years earlier. Each issue became the mirror I saw myself in or the snapshot of my life at that time; it was my own chronicle. I filled it with poetry, book reviews, essays, and collages. Shyly at first, I made the rounds of my acquaintances in the dorm, offering them a piece of literary wit in exchange for a dollar. When I reached a popular room where at least five guys at a time were always hanging out together, several hands reached into their pockets. I handed out fresh copies for each of them and went on my way.

They kept their door propped open all the time, so a friend later heard them rip the 'zine to shreds, literally and figuratively. They used the words “dyke,” “bitch” and “whiny feminist.” Then one of the guys tore off the title page, scribbled his pithy criticism below it, and taped it to my door.

The interesting thing is that two of those guys wanted to date me.

Galatea’s Pants, and my own confidence as a writer and feminist, took a hit that year. I learned to walk that tightrope between the desire to speak your heart and the desire to have people like you. For a while, I kept my feminism muted because I had met so much animosity from men in my classes and my dorm when I spoke about gender equality and women’s liberation. I was eighteen; I wanted to make friends.

But I learned that some new friendships came with stipulations. The guys thought I was attractive until the second I crossed the line. Once I wrote and publicized my own opinions, once I started criticizing their sexism, I was no longer girlfriend material. I wasn’t cute.

Zinemaking remains my passion. The space I have navigated in the last seven years is one many women artists find themselves in. We want to let our words rip out of us, but sometimes we’re too afraid. Of who we’ll alienate, of whose friendship we’ll lose, of who will cut us down. That year in the dorm, I came to understand how the personal is political. The biggest obstacle facing my growth as an artist or an activist was the need to fit in. The guys down the hall were misogynist enough to make me realize I didn’t need their approval. But what about other people who thought I should tone myself down and stop bringing women’s rights into every conversation? I am still learning how to balance my need to speak out with my need to win people over.

The most important thing I learned from the guys in the dorm is how to convert criticism into fuel, how to use caustic words to galvanize my art. When I first read Kore Press’s broadside of “Girls in the Jungle” by Alison Hawthorne Deming, I kept saying, “Yes! Exactly!” Deming urges women artists to use every bit of negative feedback for growth in order to survive. My ‘zine is the self-portrait she encourages us to “repaint every six months.”

I kept their sign taped to my door, because just a little bit of pen work changes sucks to ROCKS!

Lauren Eggert-Crowe is an MFA candidate in poetry at the University of Arizona. Galatea's Pants was included in the San Jose Museum of Art's Art of Zines '04 exhibit and can be found at independent bookstores in Chicago, New York, Baltimore, Portland and other cities.