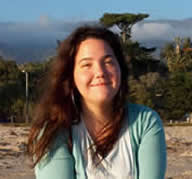 Rena J. Mosteirin is the winner of the 2008 Kore Press Short Fiction Award for her novella, Nick Trail's Thumb, which will hit stores this fall. This month, read about her take on the thoughts and anxieties of a newly published writer.

I wake up one morning in my apartment on the South Side of Chicago and Shannon Cain calls me to tell me that Lydia Davis picked my novella “’s Thumb” as the winner of the Short Fiction Chapbook contest and Kore Press is going to publish it. I sit down on the floor. I jump up. says things. I say things. I hang up and jump around my apartment causing the squirrels on the fire escape to scramble and my neighbors to complain by turning up their music. I sing along to my neighbor’s music. I throw open the door and beam at the squirrels who take this as an act of hostility. I wave at Pops, the homeless man who is finding treasures in the trash bins. He smiles.

I call up my fiancé who is just leaving a seminar at the . I won. I won. I won. I call my brother who teaches elementary school music in . He picks up the phone even though he’s at an assembly. I won. My mom is headed out to class at , where she has bravely taken up undergraduate study after fifteen years as a homemaker. She is an English Major. I won. My father says he knew it all along. Knew I was a winner. I hang up the phone and dance around some more.

I get dressed for work and skip down the street. I skip past the bar on the corner named Jimmy’s. I won. Past the playground where recess is in session and all these kids are running around and screaming and I wave at them like a queen. I won!

Fast forward to this morning: I wake up knowing that the final draft, copyedits and all, were sent to yesterday. During the months of drafts going back and forth between us I doubted everything I had once admired in the story. I was terrified that it was really bad writing and that it was picked by mistake. I worked through it, struggled through the anxiety, and yes, had the occasional banana split when the endless outpouring of reassurance, support, and love from my significant other just weren’t enough.

This morning I feel good about the novella again. Nervous too. But good. I’ve been telling everyone I know about the novella getting published, but now I wonder how it will feel to see it on my mother’s coffee table. Are the people at work going to look at me differently?

This blog posting should be about the upcoming election. I should be expressing my firm belief that Sarah Palin’s vice presidential nomination is nothing more than a dirty trick. The Republican Party has totally missed the mark if they think they can swindle the votes of Hillary supporters with such deceit. Furthermore, I am outraged at the blatantly sexist terms used to berate Palin, terms I am hearing more frequently now. These words tend to catch the breath in my throat and have the power to make me feel alienated from the speaker. This political “historical moment” has been fraught with hate speech and frequent belittling of women.

Still, I love the idea that we all have our own historical moments. That morning in was one for me. Others include when I finally convinced my mother to give college a shot and when I proposed to Jed Dobson, nervously, and he said yes. I can’t wait to hold “’s Thumb” in my hands, to slide it onto the bookshelf, to read aloud from it. Because I love the interactive potential of blogs, I’d like to suggest that other readers share some of their own historical moments in the comments section here. From the political to the personal, for better or for worse, tell us what rocked your world!