Kore Press Author of Intercession, a broadside in the Kore Press Women's Voices Against War series, and of the Forward to While Light is Built by Tedi Lopez-Mills.

It seems ridiculous to be shocked, but I was last fall when I read the Kore Press manifesto, "Why We Publish Women." I did believe that the literary community was further along in the repair of gender disparity. Maybe this is because so much of the truly dynamic work that does make it through the squeeze of the printing press is written by women. Maybe it's because so many of our male colleagues are quick to say so themselves, or because our current generation's cornerstone critics are women. All this and still the disparity while we wait for our nation's most prominent editors to catch up. All I can presume, as we sit here waiting, is that they've taken to heart Sappho's fragment 84 advice, "If you are squeamish, do not prod the beach rubble."

Actually, I say that for effect, but the truth is, we're not sitting outside the editor's door waiting for our name to be called. We sit, stand, and run like mad-women getting our work done. When necessary (and no, it's not always necessary, but way too often it is) we pick up the slack of our husbands, fathers, male colleagues, and bosses, and we pick up th 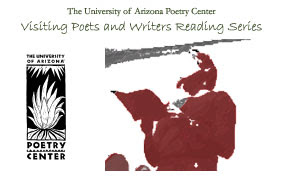 e pace to get it all done. We do it despite the contract with people we love that we not say those things that are difficult, as Deborah Fries writes in her blog entry. Elline Lipkin writes that Philomela, when her tongue has been cut out, "lost none of her nerve," and Sandra Lim reminds us, quoting Wallace Stevens, of our responsibility to “read poetry with one's nerves."

The women of Kore Press, the women who edit literary journals and run literary organizations across the country, are leading us all into the uncharted territory of a messy canon. A canon in which there is no "the great American epic," no representation of "the American experience." A complicatedness that will make of our scholars not theorists but well-honed file-clerks trying to make sense of it all.

As curator of the Reading Series for the University of Arizona Poetry Center, I aim to present an aesthetically and culturally diverse line-up of writers whose works represent the best of what's being written. It shouldn't come as a surprise then (but I must admit it did) that this spring our Series entirely comprises women. They span the spectrum from narrative to performative polyvocal word-sound artists. They're journalists, teachers, translators, editors, activists, ex-pats, mothers, hedonists, intellectuals, and writers of children's literature. They're all over the map and an audience that loves one of them will probably not stand for another of them. Each of them, though, is a beach rubble prodder through and through.

May we all undig our heels from wherever they’re dug and sink our toes in the sand.

Posted by Kore Press at 7:21 AM No comments: Links to this post