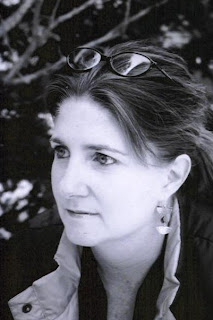 So, I’m sitting with four other women in the living room of a restored eighteenth century log cabin in the middle of absolute nowhere West Virginia. It’s the last night of a four day writing retreat. There’s a fire in the pot-bellied stove, we’ve already cooked and eaten an enormous dinner, and a certain amount of liquor has been consumed. One of us suggests that before the night is over, before the trip is over, we should each say why it is that we write, and in so saying, each recommit to our work.
Why do I write?
That’s easy. It’s a question I’ve answered many times – or thought I had, anyway. I write because that’s how I process my experiences. I don’t necessarily write about my own experiences, but by writing, I come to understand the events of my life somewhat more clearly. I’ve said that countless times, and assumed I would rattle it off again when it was my turn.
But then something odd happened. I looked around the room, at these women, all close friends, all artists whom I respect and all people whom I trust – and I began to panic. I was to be the third to speak, and listening to the first two answers - sincere, generous - I started to tremble and then became very still. Because I knew that I would never, never be in a safer place than in that room, surrounded by those women; and I knew that I was either going to tell the truth, right then, or I was never going to tell the truth. When my turn rolled around, tears poured down my face as I said, haltingly, in a voice that sounded to me quite unlike my own: “I write . . . because . . .I write because. . . because I believe I have something to say that’s worth hearing.” And then I lay my head down on the table and sobbed and sobbed and sobbed, while one of my friends said “I am so damned proud of you, Rob, for admitting that.”
As my nineteen year old daughter might say: What the fuck? What in the world was going on? How had I reached the age of forty-four, written dozens of stories, drafted a novel, gained an MFA in creative writing, taught scores of students, and never before been able to admit that I thought I had something to say worth hearing? Why did admitting that feel to me as though I had finally confessed my worst sin?
I have no doubt that personal pathology explains some part of that – the first work of mine ever to be published was my eulogy of my father, a fact that is not without meaning including and beyond the symbolic - but I have as little doubt that my gender explains even more. Since that evening, I have paid close attention to my colleagues and to my students as they discuss their processes and reasons for writing, and over and over and over I hear women – and not men – talk about giving themselves permission to write, about the necessity of giving themselves permission to write – as though in our natural state we are somehow bereft of that permission.
In mulling all this over, what strikes me as the most important aspect of that experience is that I was not alone. That night, in West Virginia, I did not have to give myself permission; I found the permission I needed in a room full of women whom I trusted, trusted to love me, trusted to understand me, and who I was sure could only benefit from hearing another woman – in this case an older woman – finally admit that she believes in the importance of her words.
A room of one’s own – absolutely. We all need one, we all deserve that. But then, I would suggest, we need this other room too, just as much. The room in which women support one another in affirming their right - our right - to feel entitled to express ourselves, our right to know, without question, that we are worth being heard. We need this room too, and we share a responsibility to fill it, and refill it, until it is simply obvious to us all that there is no sin in valuing your own voice.

A widely published fiction and nonfiction writer and winner of the 2005 Faulkner Wisdom Writing Competition in the Short Story category, Robin Black has a collection of short stories forthcoming from Tupelo Press in 2008.
Posted by Kore Press at 7:13 AM 2 comments: Links to this post