The dark labyrinth of conceptual poetries... 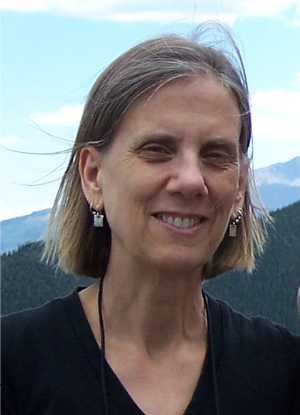 Barbara Henning is the author of two novels (Black Lace and You, Me and the Insects) and a number of poetry collections, including Love Makes Thinking Dark, Detective Sentences and a series of sonnets titled My Autobiography. She currently teaches workshops at the University of Arizona's Poetry Center. The following is an excerpt from Barbara Henning's blog.

Learn the language of mathematics . . . or wander
in vain through a dark labyrinth. (Galileo, Opere V1232)


A week or so ago I attended about half of a poetry conference at the Poetry Center in Tucson curated by the critic Marjorie Perloff. Following various links from the Poetry Center's website for the conference, one is bound to locate an anthology of conceptual writing by Craig Dworkin and Kenneth Goldsmith (UBU). Throughout the conference participants seemed to be responding to the definition of conceptual poetry on this UBU site, and to differentiate it from other poetry movements or approaches in the past. The term conceptual has been used in the past for art and writing, but not as the name of a poetry movement. That and the addition of multi media possibilities seems the only major difference between the 70-80's work and now. Wikipedia, my somewhat democratic mostly reliable sometimes not website offers a simple description of conceptual art.


art in which the concept(s) or idea(s) involved in the work take precedence over traditional aesthetic and material concerns. . . . ' The idea becomes a machine that makes the art' (Sol LeWitt). . . . The inception of the term in the 1960s referred to a strict and focused practice of idea-based art that often defied traditional visual criteria associated with the visual arts in its presentation as text.

In the early nineties I edited a journal with a conceptual artist, Miranda Maher (and also with contributing editors Sally Young, Lewis Warsh, Chris Tysh, Don David, Michael Pelias and Tyrone Williams). In Long News: In the Short Century, we published conceptual-based art and writing mostly from the New York and Language schools. See:

I was surprised when I read the introduction to the UBU anthology to find that their description was very close to what Miranda Maher and I had written as the philosophy for our journal seventeen years earlier—non-expressive, not led by emotion, a direct presentation of language, using procedures like appropriation, collage, erasure, oulipian constraints, making poetry new, etc. Writing that is off-center, non-mainstream mostly non-referential, idea-generated writing. (With time passing, I've revised my interests to include autobiographical and emotive language and description as it is or reconfigured and re-examined with various conceptual frames and experiments.)

I just emailed Miranda and asked her what she thought of the wiki definition. (To see Miranda's work, go to http://www.mirandamaher.com/)


I would say that is a very good working definition. Love Wikipedia. Sol LeWitt was the big daddy of conceptual art. . . . Also, it might be helpful to be aware of some subtle (and not-so-subtle) visual art world distinctions.. 'Conceptually-based' is separate from 'conceptual'. My work is usually described as conceptually-based, rather than conceptual. I think this is because I am interested in what is conveyed by aesthetics and materials and they also play a role in my work. A lot of conceptual visual art is anti-aesthetic... meaning they add nothing that is not about the concept -- some even strip down existing objects/systems to their non-material/aesthetic idea-core.


Another undertone is that "pure" conceptual work tends to valorize the (ego) intellect. Especially the early (60s) work sometimes implied that it is possible to set up a premise and follow it through unsullied by human emotion, subjective foibles etc. Also, the early artists were predominantly white and male. Probably because their working idea of "intellect" was the white/male in power version. For me, the "pure conceptual" still seems to have that going on (either actual white males or women who are exceedingly male-identified). This is rarely spoken of however. Seems to be non-PC. Another under-cover association is that conceptual is the highest art form and all other approaches would be conceptual if they could (but aren't good enough). Many practitioners are heavily invested in that hierarchy. I'd be interested to know if this sort of B.S. has translated into the poetry community...


It's not that I dislike conceptual art -- the rigor of well-executed conceptual art is gorgeous. And when done right it has an austere, intellectual beauty similar to the beauty of pure mathmatics (not that I can understand pure mathmatics). The B.S. comes into it in attitude and personal interaction. . . Perhaps there is a fundamental, internal contradiction . . . . -- Conceptual Art carries an implication of rigor not only in the structure of the work, but also in the makers' self-examination and self-awareness. But artificial, self-soothing hierarchies such as "my art-camp is better than your art-camp" would be the first to go if we were really being thorough in our thinking.


Ironically, it seems to me that truly strict rigor will always (eventually) dismantle hierarchies and lead to compassion.


I hope this helps.