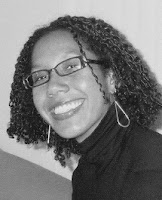 
Tiphanie Yanique is an assistant professor of creative writing at Drew University. A former Fulbright Scholar, she has received the Mary Grant Charles Award for fiction, the Academy of American Poets Prize and the Tufts University Africana Prize for Creativity. She is the recipient of a 2008 Pushcart Prize, the 2006 Boston Review Fiction Prize, and was the Parks Fellow/Writer-in-Residence at Rice University. Her short story "The Saving Work" was chosen by Margot Livesey for the 2007 Kore Press Short Fiction Award.

The English Teacher: Sixth Grade
The teacher gave me a "C" on my book report, claiming I’d plagiarized. I hadn’t. I had read the unabridged version of Robin Hood, which had more details and better language than the knockoff we were reading in class. The teacher was American, new to our island. She didn’t want to show weakness, so even after my mother and grandmother protested, the C remained. What could my vexation do? I was eleven. The teacher was an adult. It was a Catholic school, where even parents had little say. So I settled on feeling something else: flattered. I was smarter than the teacher thought. I’d tricked her!

The President of the Honor Society: Eleventh Grade
In high school there were privileges handed out for achievement or commendable behavior. Senior girls didn’t have to wear socks, which were a part of the uniform for everyon

e else. A particularly coveted privilege was being allowed to go to the head of the lunch line. The food was gross, so this was a privilege only because you didn’t have to lean against the wall, stuck in the line that ribboned through the cafeteria, and because the others watched you with envy. We were practicing for VIP lines at exclusive nightclubs.

When the football team won the championship, Mr. Carillo summoned the whole team and the cheerleaders to the front of the auditorium. When the National Honor Society had induction, officers and new members were also called to the front. I walked up.

The president of the Society, an American kid whose mother taught in the school, wanted to know what I was doing up there.

“They called up the inductees,” I responded.

“You’re an inductee? I didn’t know you were smart.”

I was also a cheerleader and had been called up the day before.

My Freshman Year Roommate: College
She was from the northeast and accustomed to the cold. I was from an island in the Caribbean and had only seen snow twice. But we had other things in common. On the first day we presented pictures of our boyfriends to each other. She was white and had a black boyfriend. I was black and had a white boyfriend. She and I were both going to be psychology majors and we were in the same weed-out psych lecture class. All this assured me that we were going to be friends. After the first quarter we both received the same Dean’s List announcement.

“But I’m serious!” She was hysterical with tears.

I went to MIT for the parties and poetry readings. I slept late into the day.

*
The fact that I am you telling you about this means: a) I am bragging, which feels dangerous, thrilling and narcissistic—especially in print, and b) I am communicating to you what I could not to my teacher, to the president of the National Honor Society, to my freshman roommate and to others I haven’t mentioned.

Joyce Carol Oates writes in her essay “They All Just Went Away,” that she has long wondered about the wellspring of female masochism. She wonders if it’s something learned or something biological that predates culture. But what, she asks, is the evolutionary or cultural advantage of self-hurt in women?

I would like to suggest that it’s a kind of back-up strength. It’s about being able to protect your own incredibleness when it seems others can’t accept it. It’s a private joke. It’s a quiet knowledge to hold above people when you feel they’ve kept you down.

I don’t recommend this kind of strength. It’s a kind of trick power. Isn’t this how women have failed themselves, each other and even men, again and again? We like to play dumb; even us black girls dye our hair blond. We fall in love with men who mistreat us…and we stay with them and say it’s for their own good. We wear shoes we’re more likely to fall down in—and somehow feel more powerful in them. Are women writers any different? I own those shoes. I’ve fallen in love with that man.

Perhaps being Vice President of the National Honor Society or being the snob who read the wrong version of the book wasn’t who I really was. My roommate didn’t know that I stayed up late, studying my brains out in the hallway after the whole dorm had gone to sleep. I wasn’t so sure I deserved the Dean’s List either after her face turned red over it. Hélène Cixous says our writing is like sex. I think it’s the body I was given. Perhaps it doesn’t match my brain. Perhaps all women feel this way.

Of course, it’s no different if you’re a writer.

It’s like this: more women read fiction in America. It’s believed that there are more women literary agents and editors. Yet men still dominate the bookshelves and the bestseller lists and cut the big deals.

It’s like this: the men speak more than the women in writing workshops. And if they’re white men and the women are of color it turns into preacher and congregation. The women might write better, but still they cry or throw up after class.

It’s like this: If you get the job or you get the book contract or you win the prize, it’s a shock. It’s unfair, they say. Perhaps you won because you’re a woman, they say…and if you’re a woman of color then it’s definitely true, and if you’re a woman of color who is from a small island that should only produce beaches and daiquiris (not writers, not intelligent things) then even the other women believe it’s unfair, and even the man you love doesn’t think it’s much to celebrate.

It’s like this: an editor says “we already have (insert the black Caribbean writer you know). We can’t have another.”

And it’s like this: I’m secretly a talented novelist. This cheerleading uniform is only a disguise. I’ve got superhero powers. I can even make myself disappear.
Posted by Kore Press at 8:05 PM

Thank you, Tiphanie, for this very important essay.

Wow. This really does get to it. I want to cheer when I think about having "superhero powers" but the power to "even make myself disappear" makes me want to cry. Thank you for this essay.

What a heartbreaking piece of trueness...for me and I know for so many other women. I have spent much of my time this past year trying to discover, pinpoint and articulate that which fuels me---and it seems to be many self-destructive processes. I recently wrote a piece on myself trying to determine why it is so many awful losers appear in my life. Is it me? Is it coincidence? Do I attract them or is it some greater universal scheme to teach me something? I really don't know. I also know that I've "resorted" to that beautiful thing called schadenfreude, perhaps to balance my own determination to mentally and emotionally self-mutilate. Self-hurt is addictive, as is the desire to be accepted when it seems no one does, or, everyone does under incorrect assumptions. I have always known that I was part of the problem, *letting* myself get trampled by others, but not doing anything in other areas of life to counter it. And can any amount of being yourself or proving yourself really counteract what others already think of you?


Thanks again for your piece.

Thank you for this...

Keep up the good work.

Hey you went to sttspp school!!!!!!!!!I love the essay. You give hope to other young girls like me growing up on a small island like St.Thomas.

Anonymous! Who ever you are, woman-girl, you should be in touch with me. tyanique@drew.edu

I really needed to hear this today! Thank you!

This really hit me hard, I was up and sleepless thinking about similar things for most of last night. Succeeding in spite of it all and *feeling* that you've succeeded even when others around you disagree... that's a superpower I need.

I agree with Carleen; the line "even make myself disappear" does make you want to cry! I will be linking to this post. Thanks so much for sharing!

Thanks to social media, I just 'discovered' your site. Your essay is beautiful and haunting. I can picture you studying after lights out because I did the same. Your writing resonates on so many levels - thank you for sharing your 'Superhero Secret'.

Thank you for this post - I have just found you over the weekend. I ordered your book straight away and it comes today. Looking forward to reading it!