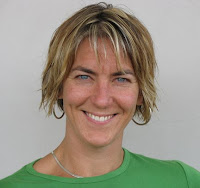 Kimi Eisele, co-director of The Invisible City project, is a writer, dancer/choreographer, and educator. She serves as the Special Projects Director for NEW ARTiculations Dance Theatre where she directed “RE:Configurations: an evening of dance and stories about lesbian, gay, bisexual, and transgender relationships” in 2007 and “We Are What We Eat: Dance and Stories about the Food We Eat and the Systems that Feed Us” in collaboration with the Community Food Bank in 2008. She is currently trying to finish a novel about America in the post-apocalypse before the economy really does collapse.

I went once with a friend to a wildlife refuge on the . It was one of those beautiful Mid-Atlantic winter days before the snow falls. The ground was brown and brittle, the trees nude, the sky interminably gray. We got out of the car and pointed the binoculars toward the edge of a tidal pool to look at snow geese. Thousands of them. Roused from their roost, they lifted into the air like a cloth billowed by a wind. On the ground again, they squawked incessantly, the sound hovering above them like a shadow of their flight. What were the geese saying? I wondered. “They’re just checking in with each other,” my friend said. Are you still there? Yes, I’m still here. And again: Are you still there? Yup, I’m here. And on and on.

I understand the snow geese. I understand the squawked question and its response. Both comprise the foundation of why I write. I write to announce my place in the world. One bird among millions. I am here. Are you there?

2. The Thrill of Words

When I was growing up, my parents were close friends with a couple from who invited us to visit them at their beach house every summer. She was a teacher, he was a writer, and both of them loved words. Every night after dinner, we’d play a game called anagrams. Each player tried to spell six words using the small, wooden letters (much like Scrabble pieces) placed on the table. We could steal someone else’s words by adding letters and anagramming it (“bird” could become “bride,” or “over” could become “hover”). On those summer evenings, as the sea air sputtered against the screens and Billie Holiday’s blues spilled from the tape player, I would sit sandwiched between the adults, transfixed by the letters in front of me. Amidst the laughter and exclamation, I learned that words were fun. They created connection, experiences, and memories.

I still believe words are fun. Whether I’m writing email messages, letters, poems, essays, or stories, I like the sounds and the spellings. I like stringing words together to form sentences. I like using words as tools to say what I want to say. I like, too, that words have roots and histories and lives contained within them, and that they can be re-arranged and borrowed and re-invented. And that all of that magic can happen in silence, but for the sound of breathing, or somewhere perhaps, the distant churn of the surf.

I wrote my first story when I was five. It was based on a prompt—“But oh, how she wished she had green curls…” In it a blond, straight-haired girl (not unlike myself at the time) wishes desperately for new hair. She finds a magic wand, gets her wish, and lives the rest of her life with green curls. I remember the story for its silliness and for what it reveals about my earliest desire as a writer—to make the impossible possible.

Common advice to new writers says, “Write what you know.” I say also, “Write what you don’t know.” Because that means summoning the imagination. With imagination, the unknown becomes knowable, the unattainable slides closer into reach. It’s not necessarily magic, just a practice. Pretty soon I’m granting wishes, conversing with quirky strangers, traveling across continents, and dreaming up new societies much kinder than my own.

But my imagination is not simply a way for me to escape reality. By strengthening my powers of observation, my imagination helps place me more firmly in reality. As Salman Rushdie recently said in a June 2006 interview with Bill Moyers, “What writers can offer better than journalists, better than philosophers, is that they can use their imaginations to look at the world and what's happening in it.” Imagination allows us “to get into the skin of the other,” Rushdie said, which can then lead to greater understanding and acceptance. I believe this is a critical message for our times. It is also what has long propelled me to the page.

In nonfiction, I have written about 19th century pioneer women on the overland trails, fishing communities on the coast of Ecuador, Cubans at the end of the 20th century, children and families on the U.S.-Mexico border, and asthmatic children living in U.S. cities. This writing has helped me understand and honor those whose lives are different from my own. More recently, I have been “getting into the skin” of the characters in my novel in order to move them through a future where the current economic and technological luxuries we know today no longer exist. The work has given me the opportunity to ask “What if?” The answers I have come up with have given me new ways to think about my everyday life, my family, my community, and the world.

When I write, I hold hands with possibility. I stumble upon magic wands. I hone in on my senses. I wake up to the world and observe things I hadn’t noticed before. Several weeks ago, I walked into a diner and ordered a slice of pie, for instance. There was something odd about my waitress. When she brought me my pie, I looked again. She had bright green curls.

A few years ago, at age 33, I began asking the question, should I or shouldn’t I have a child? Behind my question lingered the belief that as a woman I am supposed to give birth, that my body was designed for it. But I didn’t want to simply fall into a prescribed biological role. I wanted make a conscious choice. First, however, I had make sense of my options. So I went to my desk. I wrote about my college years when I was belligerent about a woman’s right to choose. I wrote about the “mother club” some of my friends have been joining. I wrote about the ridiculous mountains of plastic baby gear piled up in their living rooms. I wrote about the “body snatcher” that had invaded my body, making me ogle at babies and want to have sex. I wrote about the ticking sound. I wrote and re-wrote. I turned the questions over and over. Eventually, an answer began to emerge.

Writing helps me collect and order my thoughts and clarify the workings of my mind. I write to make sense of complicated issues—motherhood, U.S.-Mexico border policy, being an American in a time of global conflict. My current project is helping me wrestle with a set of questions and confusions about what it might mean to live in a country that is no longer the richest, most powerful in the world. I write to know where I stand. I write for coherence. I do not always achieve it, but in my attempt, I understand more fully myself and how I live in the world.

Nearly 15 years ago, when my college roommate and I moved out of the shoebox-sized dorm room we called home, we conducted the self-important act of writing letters to its future residents. We pasted the letters inside the dressers, imagining that two women like us would someday find them, brittle and yellowed, and read our words with reverent interest. Of course, it’s possible that our letters didn’t survive at all, that they were tossed out following week when the custodial staff cleared out the rooms. Nonetheless, we wrote because we wanted to connect.

I am not the same person I was when I was 20 but I still write out of a longing to connect. There are things that I see or hear or feel that I must share—either because they explode with beauty or because the horror of them would be immoral to keep secret. When I write, I am calling out across the tidal pool, checking in with my flock. I am thinking about what connects me to humanity. I am thinking about my readers. Who are you? I ask, adding my own stories, ideas, and interpretations to the formation of the fleet.

By writing them, my exclamations and ideas do not dissipate on the wind; they become immutable. This might be the greatest quality of the written word—it endures. Because of that, I can have relationships with writers long gone—Zora Neale Hurston, Leo Tolstoy, Willa Cather, Italo Calvino. I can also know something of the lives and imaginations of Wislawa Szymborska, Eduardo Galeano, and Orhan Pamuk, writers whose thoughts can reach me across the oceans.

This passage of words forward or backward or laterally in time or place seems to me an extraordinary leap of faith, the most insistent form of silence. It is a correspondence that makes me feel connected to the past, hopeful for the future, and completely alive in the present.

Some days the thought of going to my desk gives me a stomachache. I’ll wish instead that I worked for an insurance broker in some cramped, carpeted office. At least then I’d know what to do. Because sometimes I arrive at my desk and sit there in the doldrums, nowhere to go and no way to get there. If I scream for help, my voice comes out tiny and insignificant; no one at all hears it. When this happens, I can stay away for a few days, a few weeks, months even. Thinking of my work makes my stomach tighten, my heart rate accelerate. Nothing moves. I sigh a lot.

But then I’ll see something—the edge of light behind a cactus, a grapefruit on a park bench, a forgotten dog on a chain. Or I’ll hear something—the bees in the pepper tree, the slap of rain on the desert pavement, a news story about yet another Mexican migrant dead of overexposure. And a split-second of breeze will blow over me. It will nudge me closer to the horrific or the beautiful and remind me that there are things that must be said. I will recall the elegant swoop and curve of the letters, the gentle rock of sentences in a paragraph. The images and the sounds and their urgency will lift me up and carry me back to my desk.

Are you there? I’ll ask, settling in. The answer might flutter up right away. Or maybe it will drift in slowly: I. Am. Here. Either way, I’ll hang on the words as if my life depended on it.

I love this piece--thank you.

Thanks Kimi for these thoughts. Beautifully expressed, and...Oh, so true to the craft....

This was awesome! As a writer, I share your feelings, which you so eloquently expressed with your words.