A Room of One's Own

I recently returned from a weeklong poetry residency at Soul Mountain Retreat in East Haddam, CT. Graciously hosted by poet Marilyn Nelson and her assistant Tonya Hegamin, it is a true writer’s haven where one can think, read, write, and be part of a supportive writing community. If you looked at the experience from the outside, it wouldn’t have seemed that so much was going on: most days I would get up and perhaps go for a walk, come back, putter around the kitchen to make a pot of coffee and breakfast, and then go to my room to face (with equal parts joy and terror) the blank page.

But mostly there was joy. Often, I feel that being a poet, or committing oneself to making open and artful the scent and nature of your mind, is a strange, often unbearable, and mostly solitary activity. Having to be responsible to one’s own imagination: how frightening and yet full of possibility! At Soul Mountain, it was both the room of one’s own and the quiet hum of other writers going about their work that reminded me of the great sense of fulfillment just wrapped up in the making of artwork, the simple trying and doing that can gather up one’s being in a way that few other things can. 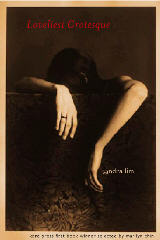 I spent one afternoon somewhat idly imagining Amy, Tonya, Pam, and Marilyn going about their projects in their rooms. What were they doing? Maybe someone was looking over their creamy new notebook, with its thick and chewy pages; someone was sniffing out her way to a form; someone was describing light passing over the trees outside; someone was reading up on the mystics; someone was inevitably going to make more coffee. I suppose I imagined that we were, in a sense, preparing ourselves, in our own idiosyncratic ways, to be used by our poems, when they decided to come. But whatever lonely galaxies we were roaming around in, we had to practice, we had to be ready.

There aren’t that many things these days that slow us down, that invite us to move ourselves through an activity of real thinking and feeling, to confront emptiness, to pay attention to the phenomenal moment. Sometimes it’s just a start of recognition that a poem gives me, and that is decent enough. And it need not be relentlessly heavy. It didn’t escape me that I was in Wallace Stevens country at Soul Mountain. Though unexpectedly, it was thinking of him, the great poet of magisterial, meditative inwardness, that got me from surface to depths back to the charms (and humor!) of the surface again. As I gazed outside my window one morning, which looked out onto Peanut Pond and the endless trees burning their gorgeous colors, I thought of how Stevens can so lightly go straight to the heart of the matter: “Poetry is a pheasant disappearing in the brush.” And: “One reads poetry with one’s nerves.”
Posted by Kore Press at 8:32 PM